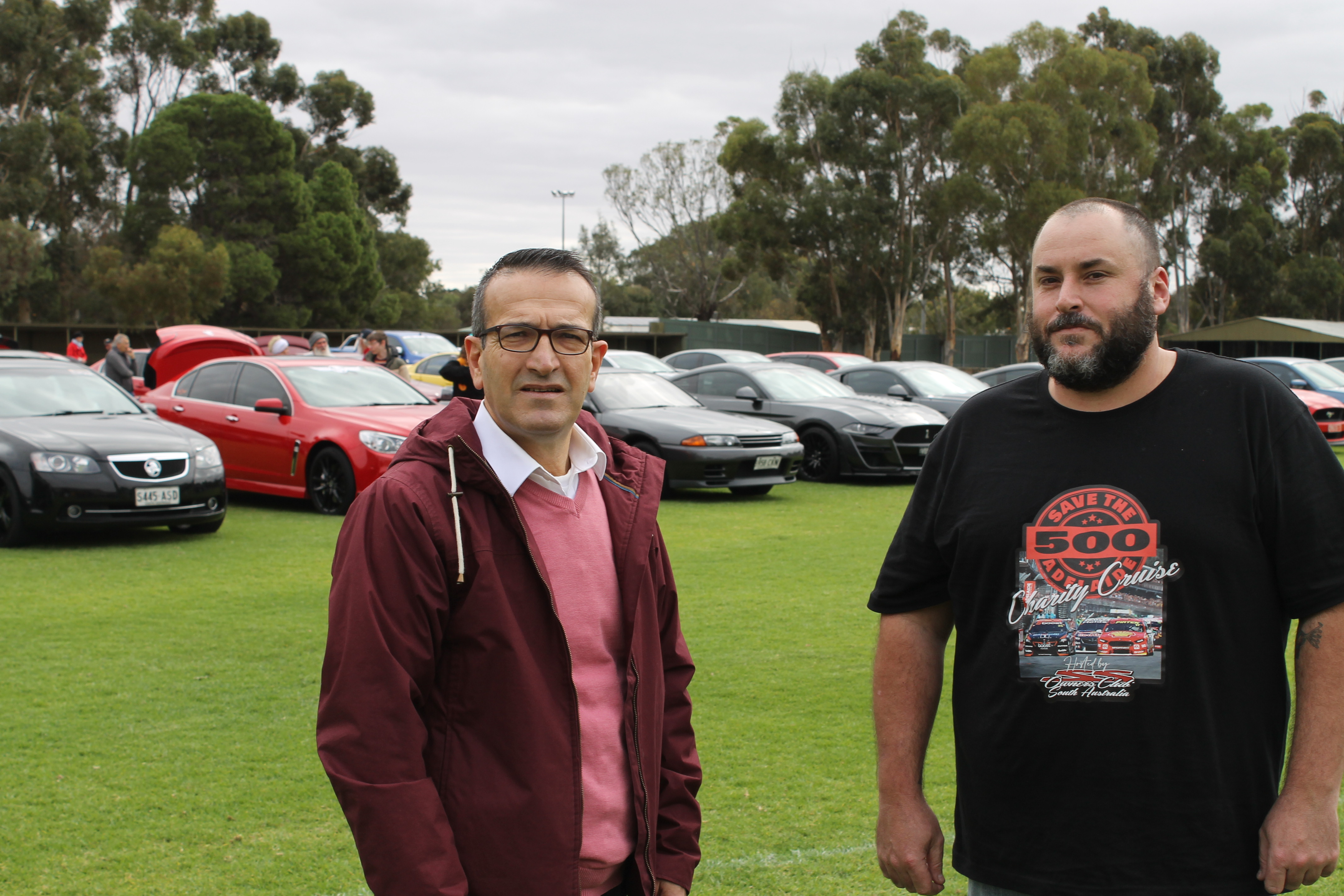 At Princess Park were Local MP Tony Piccolo with local resident Ian Barlow who organised the Save the Adelaide 500 cruise last year.

Reviving the popular and economically positive race was one of Labor’s key election commitments after it was axed by the Marshall Liberal Government in 2020.

The announcement has been welcomed by local Member of Parliament, Tony Piccolo who said many local people were angry when Steven Marshall axed the event.

Mr Piccolo said the new government has already honoured one of its commitments it made leading up to the State Election.

“The announcement will be welcomed by local car enthusiasts and people in the hospitality and accommodation industries,” said Mr Piccolo.

“This government is committed to bringing back the Adelaide 500 and ensuring it is better than ever. We need more events to create and support jobs,” said Mr Piccolo.

Mr Daniels has the experience to deliver a world-class event for South Australians this December.

The South Australian Branch of the National Trust will be returning to its home in Ayres House following a decision by the newly elected Malinauskas Labor Government.
Read Article