The ambulance service in Gawler will be boosted by an additional 12-person crew by the end of the year. 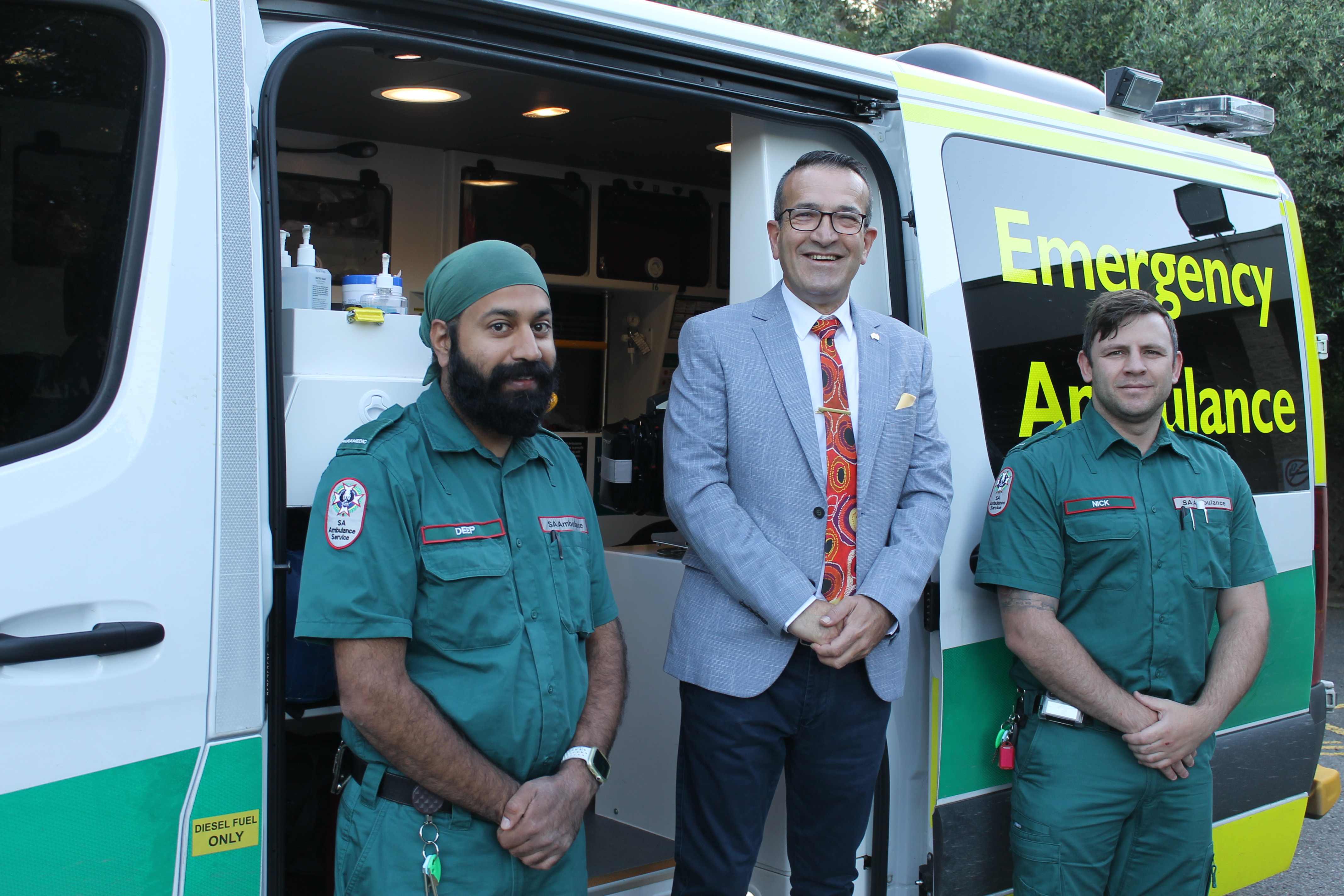 With Tony Piccolo at the local staffing boost announcement are paramedics are from left, Karandeep Chana and Nick Marion.

The ambulance service in Gawler will be boosted by an additional 12-person crew by the end of the year.

Announcing one of the key commitments made by Labor at the recent State Election, The Minister for Health and Wellbeing, the Hon Chris Picton MP said “[w]e have ended the Liberals war on our ambos – and we are keeping our commitments to giving them the resources they need to do their job.”

The Gawler announcement is one of nine new 12-paramedic country crews to boost ambulance coverage across regional South Australia.

“Our ambos report that even on days when ramping is low, there are still not enough ambulances to cope with demand and respond on time. These new crews will help South Australians to get help in an emergency when they need it,” said Mr Picton.

“South Australians can see first-hand how our plan will be rolled out to improve ambulance coverage, cut down response times and provide better care to patients.”

“We are also taking other steps to reduce pressure on ambos, including opening up every possible hospital bed and building more beds and hiring more hospital staff.”

The announcement has been welcomed by local Member of Parliament, Mr Tony Piccolo who campaigned strongly in the lead up to the recent state election for additional ambo services in Gawler.

Mr Piccolo said the new State Labor Government is delivering on a key election promise to improve health care in the local area.

At the time the promise was made Mr Piccolo said, “Labor's comprehensive and fully costed ambulance package is aimed at helping to fix the Marshall Liberal Government's record-breaking ramping crisis, which is crippling the hospital system, and leading to Adelaide recording the nation's worst ambulance response times.”

“While the Marshall Liberal Government had been busy picking fights with paramedics and failing to act on ambulance ramping, Labor has been listening to ambos and developing a plan to help reduce ambulance response times and help fix the ramping crisis,” said Mr Piccolo.

“The region will receive further boosts in late 2023, with 6 Regional Medical Transfer Service vehicle (RMTS) staff. This will consist of 3 paramedics and 3 ambulance officers who are focussed on intra-regional patient transfers, in addition to providing emergency responses.”

“Additionally, planning for the 16 additional beds promised, and the construction of a new Emergency Services Department at the Gawler Health Service are well advanced.”

“This announcement can help reassure the local community that an ambulance is more likely to arrive when they need one.”

Mr Piccolo said he had heard some horror stories from local people during the Marshall Liberal Government because of the lack of support for our ambos and local health services.