ALL ABOARD THE NEW ELECTRIC SERVICES

ALL ABOARD THE NEW ELECTRIC SERVICES

People from the Barossa, Gawler and Northern Suburbs have enthusiastically welcomed back the trains to the Gawler to Adelaide rail line. 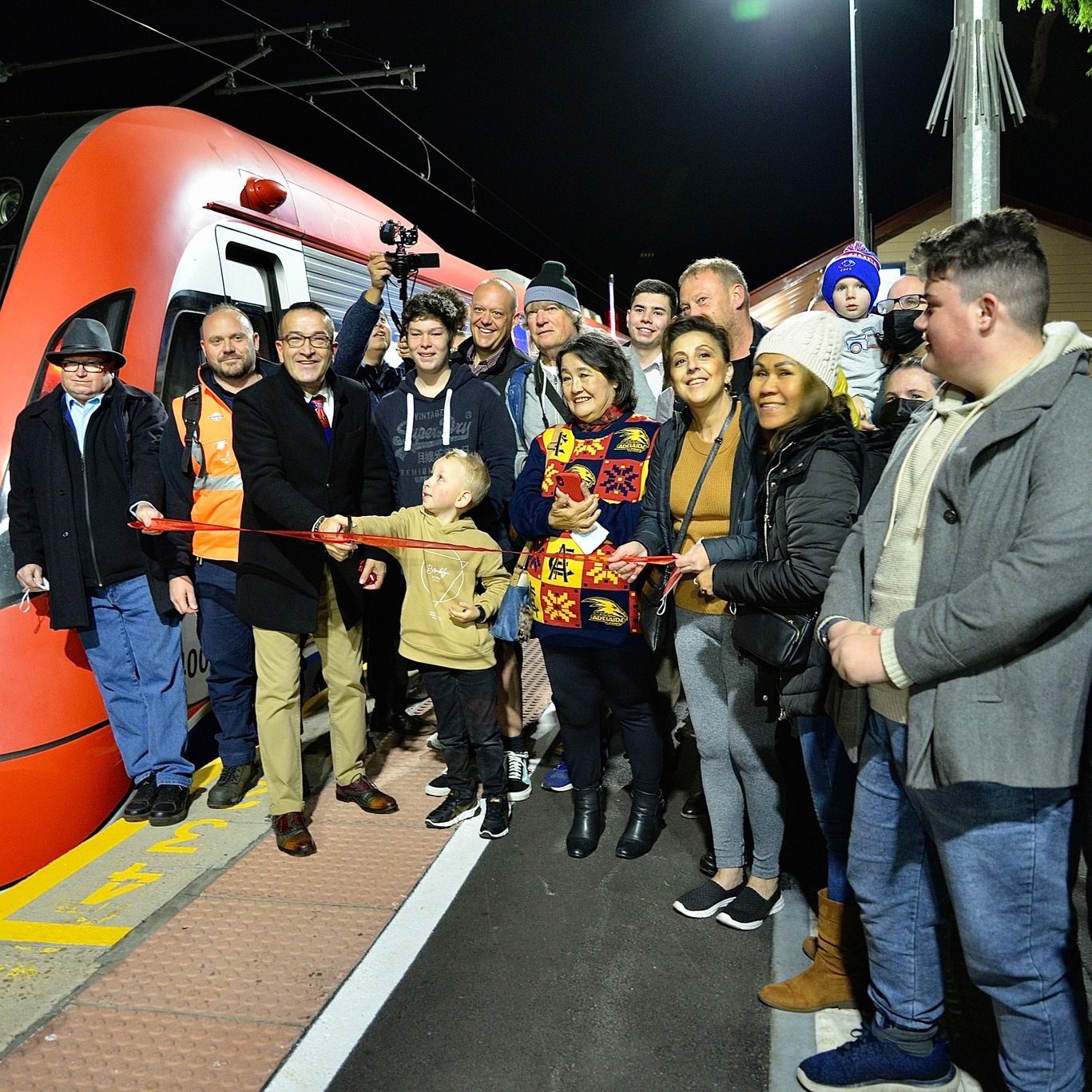 The impromptu ribbon cutting ceremony at the Gawler Railway Station.

People from the Barossa, Gawler and Northern Suburbs have enthusiastically welcomed back the trains to the Gawler to Adelaide rail line.

Hundreds, if not thousands, took advantage of the free train services on Sunday to mark the return of the services, which are now electrified.

Local Member of Parliament, Mr Tony Piccolo was one of many train users who braved the cool conditions to hop on the very first train at 6:25 am at the Gawler Central Railway Station.

To mark the historic occasion an impromptu ribbon cutting ceremony was undertaken at the station.

Mr Piccolo said the new electric services are quieter, cleaner and cheaper and provide a great alternative to driving to the city or other locations along the rail corridor.

“Given the price of fuel, car parking and other costs to run a car, public transport could save the average user up to $20,000 a year," said Mr Piccolo.

“The return of the trains is good for the environment, cost of living and fairness, as not all families can afford a car or second vehicle in the family.”

Mr Piccolo said he has already flagged with the new State Labor Government the need to review the timetable to better serve Gawler and Northern SuburbS residents in his electorate.  Sadly, the previous Liberal Government showed no interest in improving the service times for local people.

“The best time to look at a new timetable is when all the new electric trains arrive and the Ovingham train station is complete.”

Mr Piccolo urged people to hop back on the trains as the electrification represents a major investment in our public transport services.

“ I will also be exploring how we can better connect the rail services to our local bus services to ensure as many people as possible can access public transport.”