Local News
Barossa
Gawler
Public Transport
Tony Piccolo MP
The case to re-establish a tourism train for the Gawler to Barossa rail corridor has moved one step closer with the completion of the “Back on Track” Barossa Rail Project Brief. 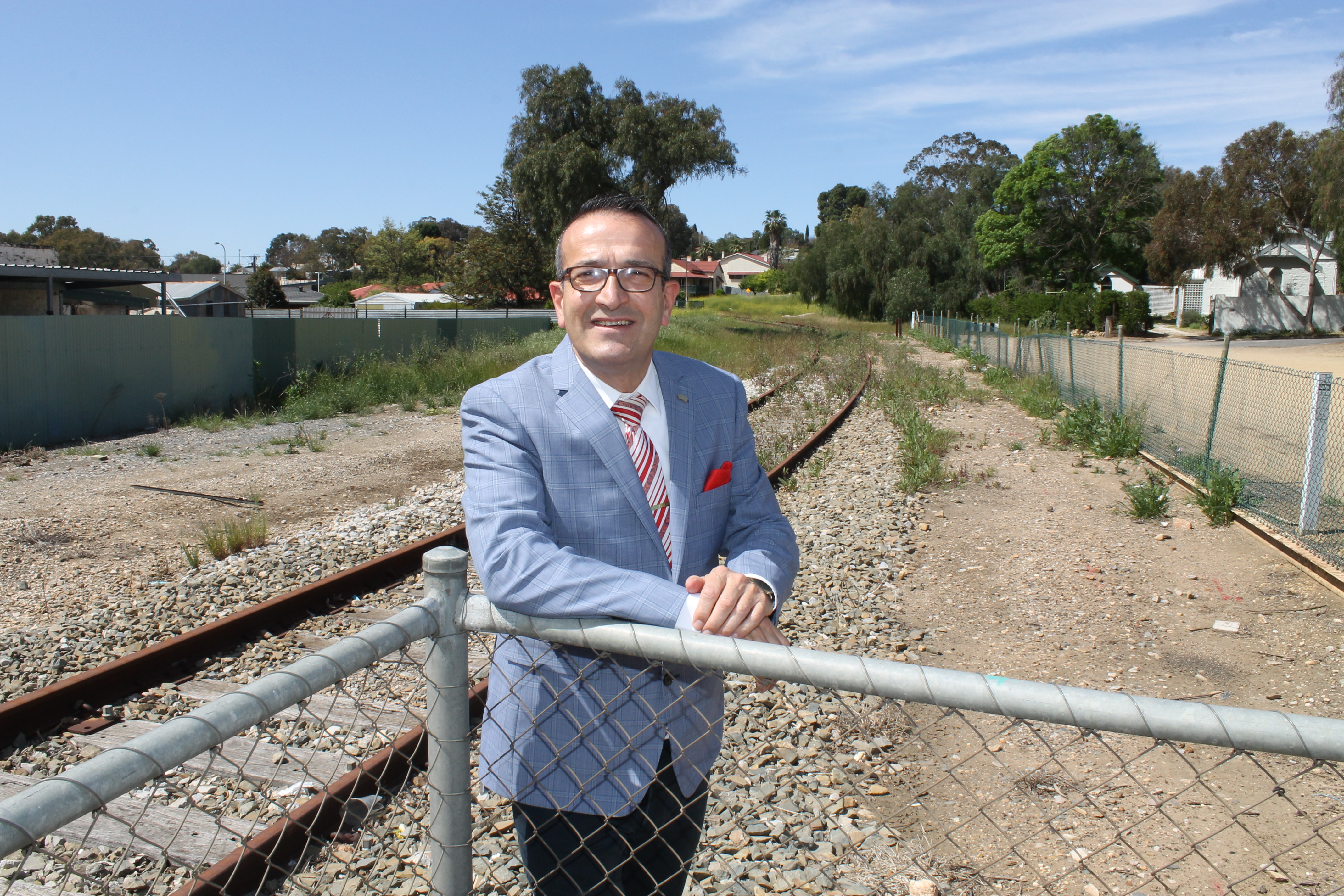 Tony Piccolo at the site of a possible new Gawler platform or siding where a tourist train service to the Barossa could start from.

The case to re-establish a tourism train for the Gawler to Barossa rail corridor has moved one step closer with the completion of the “Back on Track” Barossa Rail Project Brief.

The Barossa Tourist Train Taskforce has formally sent the project brief to State political leaders including Premier Steven Marshall and Opposition Leader Peter Malinauskas outlining the challenges and opportunities of the return of a tourist train service between Gawler and the Barossa.

Chaired by Member for Light and Duty Member for Schubert, Tony Piccolo the taskforce has provided an opportunity for a range of local business and community leaders to examine in greater depth what obstacles need to be overcome to realise local economic and employment benefits that a tourist train could deliver to businesses and communities all the way along the Barossa Rail Corridor.

Last week the final project brief was officially sent to both major political party leaders and Mr Piccolo said “the Premier now has an opportunity as the Tourism Minister to push this through to help the region recover after the economic hit of the pandemic.

“We have considered a range of matters, including management and future planning of the Barossa Rail Corridor, Kroemer’s Crossing, Altona Bridge and stations and platforms.”

“The taskforce has set out the challenges to a service returning including the rolling stock, preferred route and stops, ownership of the rail line and lease, condition of the track and also the possible economic, employment and tourism opportunities an operating heritage rail service could unlock.”

“It is clear that a tourist train service could attract more private investment to the region.”

“There is also scope for the Southern Barossa to start to regain some of the trade and tourism opportunities that it has missed since the completion of the Sturt Highway that encourages Gomersal Road access to the valley.”

“There may also be a freight transport role that an operating line could play that could assist the Barossa to work toward carbon neutrality as the wine industry face trade challenges in Asia and Europe as part of the ongoing fallout of decisions made by the Morrison Government.”

Mr Piccolo stressed the need to keep the line open at Altona to avoid another costly Kroemer’s Crossing cut to the line.

“The taskforce has done the initial work to lay the groundwork for an independent and thorough investigation into the feasibility of running a tourist or heritage train along the Barossa Rail Corridor.”

“It has been a constructive process and I would like to thank the taskforce members for their time, input and commitment to this process.”