Momentum is growing in the community for a Christmas Parade to be held in Gawler from December 2023. 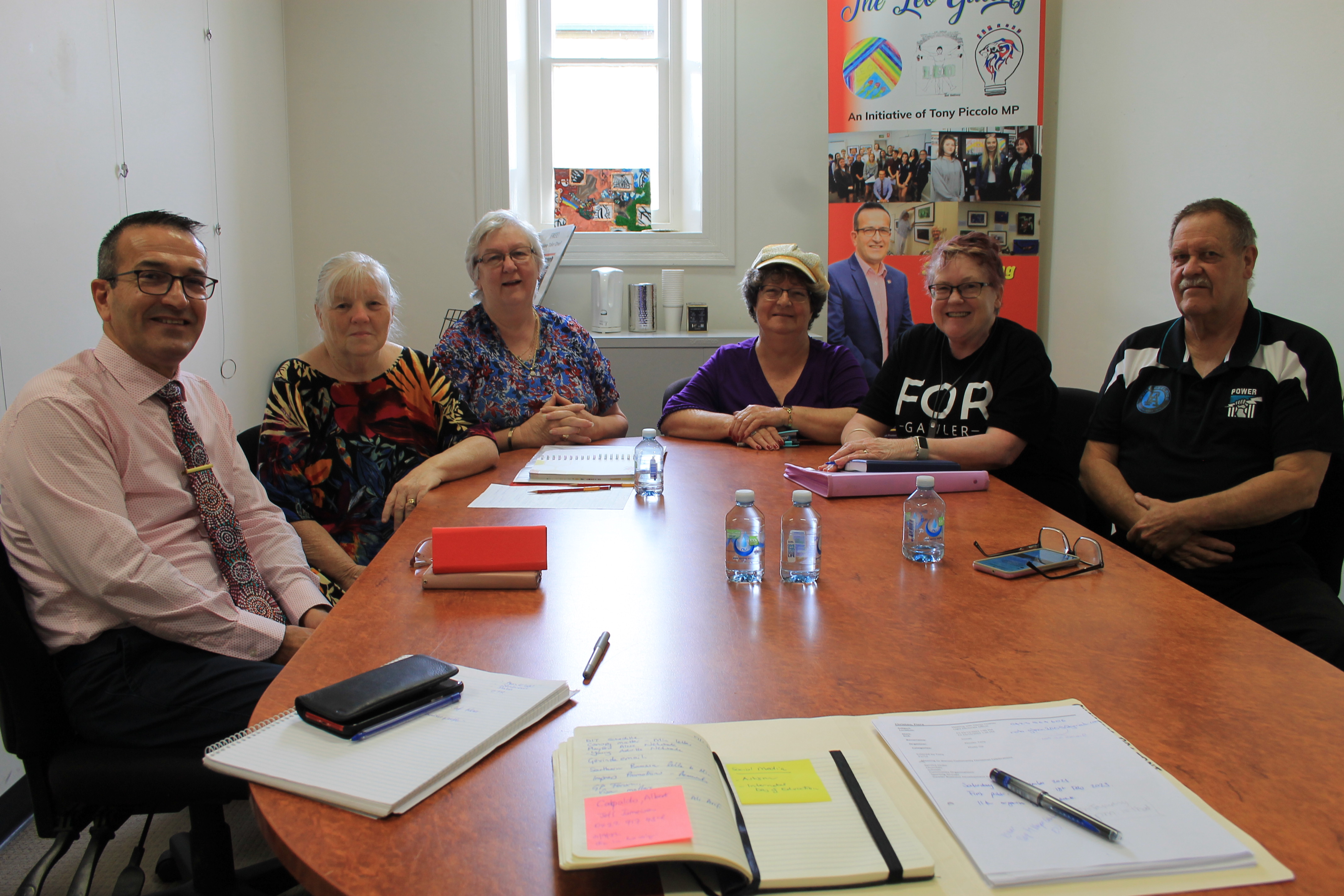 Momentum is growing in the community for a Christmas Parade to be held in Gawler from December 2023.

Local community members advocating for the holding of a Christmas Parade and other Christmas celebrations have met with organisers of similar events in adjoining council areas and with local Member of Parliament, Mr Tony Piccolo.

Two meetings have now been held in Mr Piccolo’s office where a plan to explore the level of community support for Christmas events in the town was discussed.

Mr Piccolo said he has met with local residents Glenys Clothier and Maureen McKenzie to discuss their vision and ideas for a Christmas Parade.

Mr Piccolo has also met with Anna White from the Two Wells event and Rory and Bev Champion from the Barossa Christmas Parade to learn from their experiences, and what role their local Council’s played in supporting the event.

“The Barossa and Two Wells groups have been very positive in the support for Gawler holding some type of Christmas Parade,” said Mr Piccolo.

“I attended the Two Wells Christmas Parade held in their Main Street in December 2022 and I felt it was a fantastic community event.”

“It had a great buzz and certainly brought the community together.”

“The diversity of floats and participants in the parade made it a real celebration of community life, in Two Wells and surrounding districts.”

“I can see no reason why Gawler could not host a similar event, which reflects life in and around Gawler.”

Mr Piccolo acknowledged that there would be a number of challenges to overcome, but he said, “with some goodwill from various authorities, we can make it happen.”

Mr Piccolo said local service clubs, churches, sporting groups, schools, Gawler businesses (through the Gawler Business Development Group) and other community organisations are particularly welcome to participate in discussions on what form Christmas celebrations could take, and how they could work with each other to support each other’s events.

“One ambition the group has is to prepare a regional calendar of Christmas events and activities which encourage people to attend events in adjoining communities,” said Mr Piccolo.

To gauge community support and identify people who would like to be part of an organising committee, the Gawler Christmas Celebrations Group are holding a community forum at 2 pm on Sunday 19th February 2023 at Café Nova, 19 Murray Street, Gawler.

Following the community forum, the group will make a presentation to the Gawler Council to report on community support for a Christmas Parade in Gawler.

More information about the planned community forum can be obtained from Tony Piccolo’s office on 85 222 878, via email at light@parliament.sa.gov.au or in person at 148 Murray Street, Gawler.

Ms Sharon Humphreys, a member of the family of the late Chris Read who was killed in a road crash at the intersection of Murray Street and Lyndoch Road, Gawler, was on hand when the lights to the new pedestrian crossing were switched on just before Christmas.
Read Article