Local News
Community
Gawler
Sport
Tony Piccolo MP
Young People
The Gawler Eagles Soccer Club is growing so rapidly that it doesn’t have enough pitches to provide training and playing opportunities for all the young people who want to play.The Club is seeking major redevelopment of its pitches to enable more space for training and playing for both its junior and senior teams and avoid turning away young people away who would like to play. 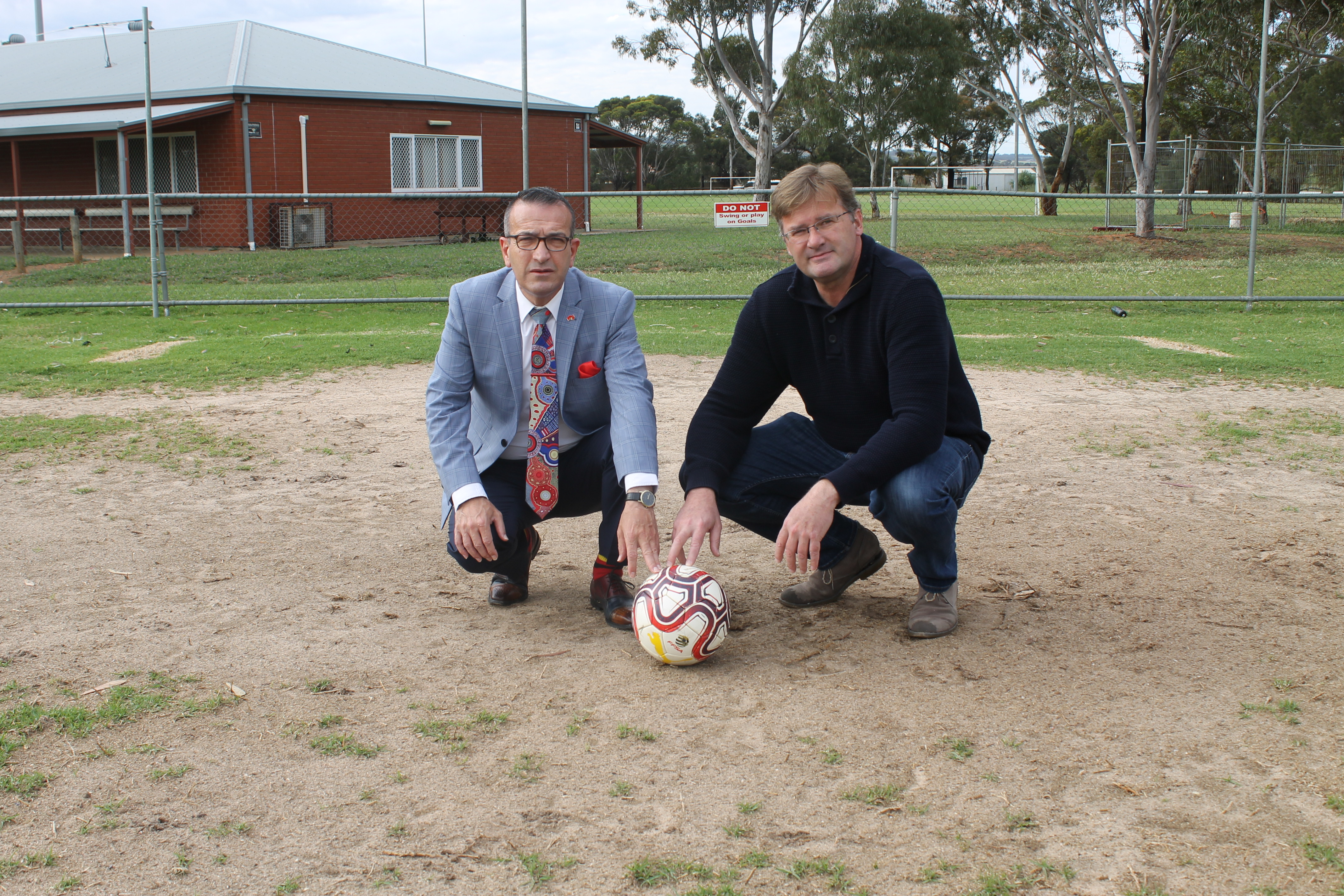 The Gawler Eagles Soccer Club is growing so rapidly that it doesn’t have enough pitches to provide training and playing opportunities for all the young people who want to play.

The Club is seeking major redevelopment of its pitches to enable more space for training and playing for both its junior and senior teams and avoid turning away young people away who would like to play.

“The Club is lobbying to have a synthetic pitch installed as it would facilitate training and games all year round.”

“A synthetic pitch would negate wear and tear issues usually associated with grass pitches. This year has seen the main pitch worn heavily in the high traffic in goal areas and penalty which are now bare dirt.”

“Our senior teams are forced to train elsewhere at Karbeethan in an effort to mitigate damage.”

“Needless to say, with a full schedule of senior and junior matches on Saturdays and Sundays, the chances for the grass to remediate are nil as evident with the conditions of the pitches during the season just ended.”

The Club has sought the assistance of Local Member of Parliament, Mr Tony Piccolo to explore some possible funding options for a partial redevelopment of the reserve.

Mr Piccolo said soccer is a growing sport in the community and I understand the Club now has 25 junior teams, 3 Mens teams (U18s, Reserves, Seniors), an U13 girls’ team and hopefully a women’s team for the 2022 season.

“Around 300 players are involved in the game at the club,” said Mr Piccolo.

Mr Piccolo said he was aware that the Town of Gawler had a Master Plan for the reserve, but was unsure what funding the council had made for the redevelopment over the next ten years.

Mr Piccolo said this would be a huge boost for the code in Gawler, particularly those players who would not make the FSA team and enhance the community standing of the club.

“However, space for training is very problematic, including wear and tear on existing pitches, and it seems very likely that they will be forced to shelve these plans until these issues can be resolved.”

“A synthetic pitch, I am told, would provide a great long-term solution.” said Mr Piccolo.

“I will do everything I can do to speed up some funding for the club.”

Space aside, Mr Broelman said maintenance of grass pitches is problematic and countless hours are put into line marking on a near weekly basis by volunteers, while council has to mow weekly, and fertilise and core on a regular basis.

Around 1500 people are involved with the club as players, official volunteers and family and friends who support the players.

Forty local community, education, business, local government and faith leaders gained valuable insights about the significant contribution the racing codes and the Stretton Centre make to the economic and social wellbeing of the area as part of Tour delight 2021 on Saturday morning.
Read Article

Young carers and the personal sacrifices they make to support family members living with a disability or chronic illness, was raised in State Parliament this week by Local Member of Parliament Tony Piccolo as part of Carers Week.
Read Article