Future federal governments need to be held accountable for their lack of support for serving defence personnel and veterans, if they fail to implement the recommendations of the Royal Commission into suicide, according to local Member of Parliament, Mr Tony Piccolo. 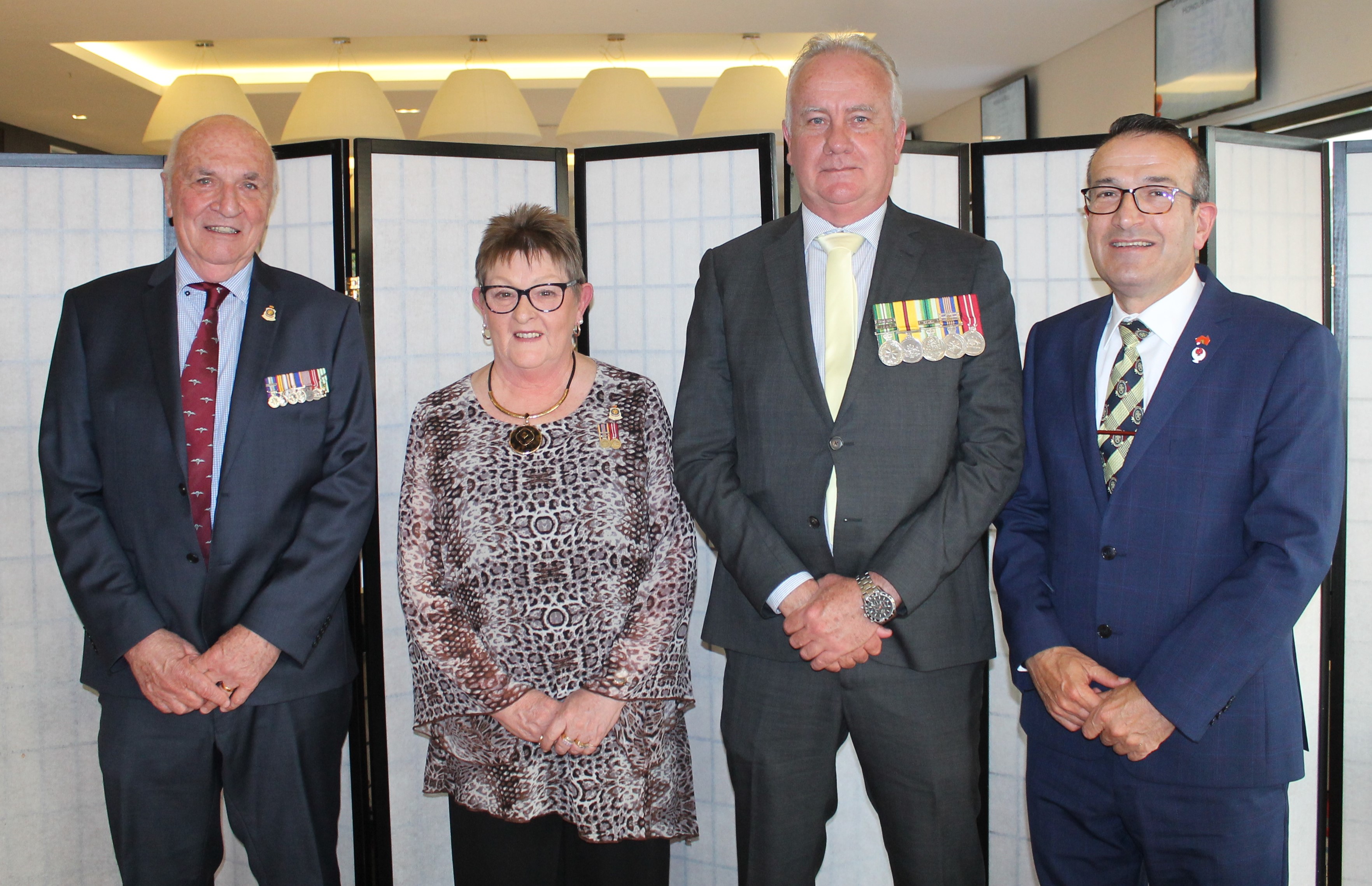 Future federal governments need to be held accountable for their lack of support for serving defence personnel and veterans, if they fail to implement the recommendations of the Royal Commission into suicide, according to local Member of Parliament, Mr Tony Piccolo.

Speaking at the annual dinner of the Gawler RSL on Saturday night, Mr Piccolo said the Royal Commission has “highlighted what we already knew”.

“Over the years I have the discussed the issue of the welfare of veterans with people like local RSL volunteer pension and welfare officer, and former president of the Gawler RSL, Mr Paul little, so the interim findings, were shocking but not unexpected,” said Mr Piccolo.

Mr Little is a volunteer pensions and welfare officer for veterans in the local area since 2007, has seen firsthand the difficulties veterans have experienced with dealing with the bureaucracy in having their claims processed and finalised.

Mr Little said sadly the interim findings of the Royal Commission were not a surprise as he was aware of a number of local veterans who had taken their own life over recent years.

“With many veterans leaving the defence forces with post-traumatic stress disorder, the hoops they have to jump through to obtain their legitimate benefits just adds to their stress and significantly affects their wellbeing,” said Mr Little.

Mr Piccolo said the Royal Commission found that “The prevalence of suicide and suicidality among serving and ex serving Australian Defence Force (ADF) members is something that should concern us all. Each death by suicide, each life lost, has profound effects on family, friends, colleagues and the wider community.”

“Importantly, the Royal Commission concluded that “It is clear to us that Australia's veteran compensation and rehabilitation legislative system is so complicated that it adversely affects the mental health of some veterans – both serving and ex serving ADF members – and can be a contributing factor to suicidality.”

The Royal Commission has recommended that “we recommend that the Australian Government and Department of Veterans' Affairs (DVA) take urgent and immediate steps to fix problems with the processing of claims for veterans – both serving and ex serving ADF members.”

“We have heard from many veterans and families that the claims system is complex and difficult to navigate and that veterans wait for long periods of time to receive a decision about their claims – sometimes more than 300 days,” noted the Royal Commission.

Mr Little said that the death of veterans by suicide was just the tip of the iceberg of a broader mental health issue in the community.

“There are many people, including the young hurting in the community who face long and unreasonable waiting periods to get support from mental health professionals,” said Mr Little.

Mr Little said he plans to work alongside local state and federal Members of Parliament to ensure mental health services are improved in the Gawler Council area just not for veterans but for all who need them.