Ms Sharon Humphreys, a member of the family of the late Chris Read who was killed in a road crash at the intersection of Murray Street and Lyndoch Road, Gawler, was on hand when the lights to the new pedestrian crossing were switched on just before Christmas. 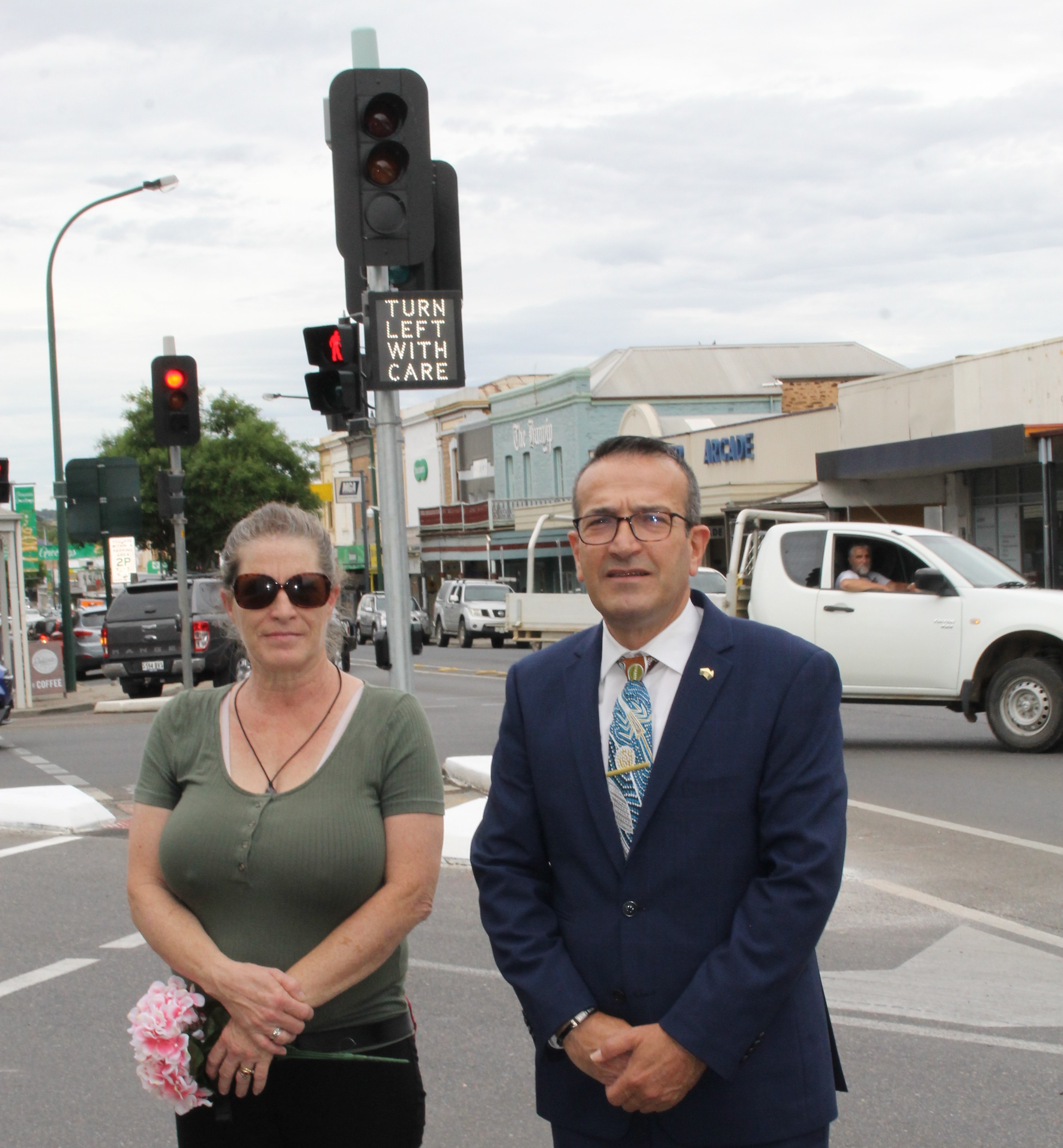 Ms Sharon Humphreys, a member of the family of the late Chris Read who was killed in a road crash at the intersection of Murray Street and Lyndoch Road, Gawler, was on hand when the lights to the new pedestrian crossing were switched on just before Christmas.

Ms Read was killed when she was hit by a truck as she attempted to cross the slip lane.  The slip lane at the intersection has been signalised to control pedestrian movements and improve safety.

Ms Humphreys said that they are glad something good is coming from what was a very sad and tragic time for them when Chris was killed.

“We hope the new traffic signals will prevent another person from being hurt or killed at the crossing, so that another family do not have to mourn the loss of a loved one,” said Ms Humphreys.

“I am glad to see these new lights going up as it is a very busy corner.  It will help prevent any more horrible accidents for pedestrians as well as the drivers on the road.”

Local Member of Parliament, Mr Tony Piccolo said work on the new signalised crossing commenced in late November and the lights were activated just prior to Christmas.

“Work on the new signalised pedestrian lights was undertaken at night to minimise disruption to traffic and pedestrians,” said Mr Piccolo.

Mr Piccolo said other solutions to improve pedestrian safety were considered but did not significantly improve sight lines and, as a result, the signalised solution was preferred.

“The solution was informed by the report prepared by departmental Crash Scene Investigation officers, who inspected the site”.

Information provided by SA Police’s Major Crash Unit investigation assisted the department in the development of options with the final decision of the signalised slip lane.

Mr Piccolo said the death of Ms Read was very sad and tragic, and was devasting for her family and friends.

“While the new signalised pedestrian crossing will not change what happened, the family have gained some comfort in knowing her tragedy has led to some positive action,” said Mr Piccolo.

Mr Piccolo acknowledged that the broader issue of trying to provide trucks with a by-pass, so they don’t have to use the intersection and the northern part of Murray Street, is not yet resolved but is a key component of any development in Concordia.

The State Government invested about $75,000 into the project.

Momentum is growing in the community for a Christmas Parade to be held in Gawler from December 2023.
Read Article