Local News
Budget
Community
Mens Health
Tony Piccolo MP
Light Electorate
The great work Men’s and Women’s Sheds do in supporting their communities with a range wellbeing services has been recognised by the State Labor Opposition. 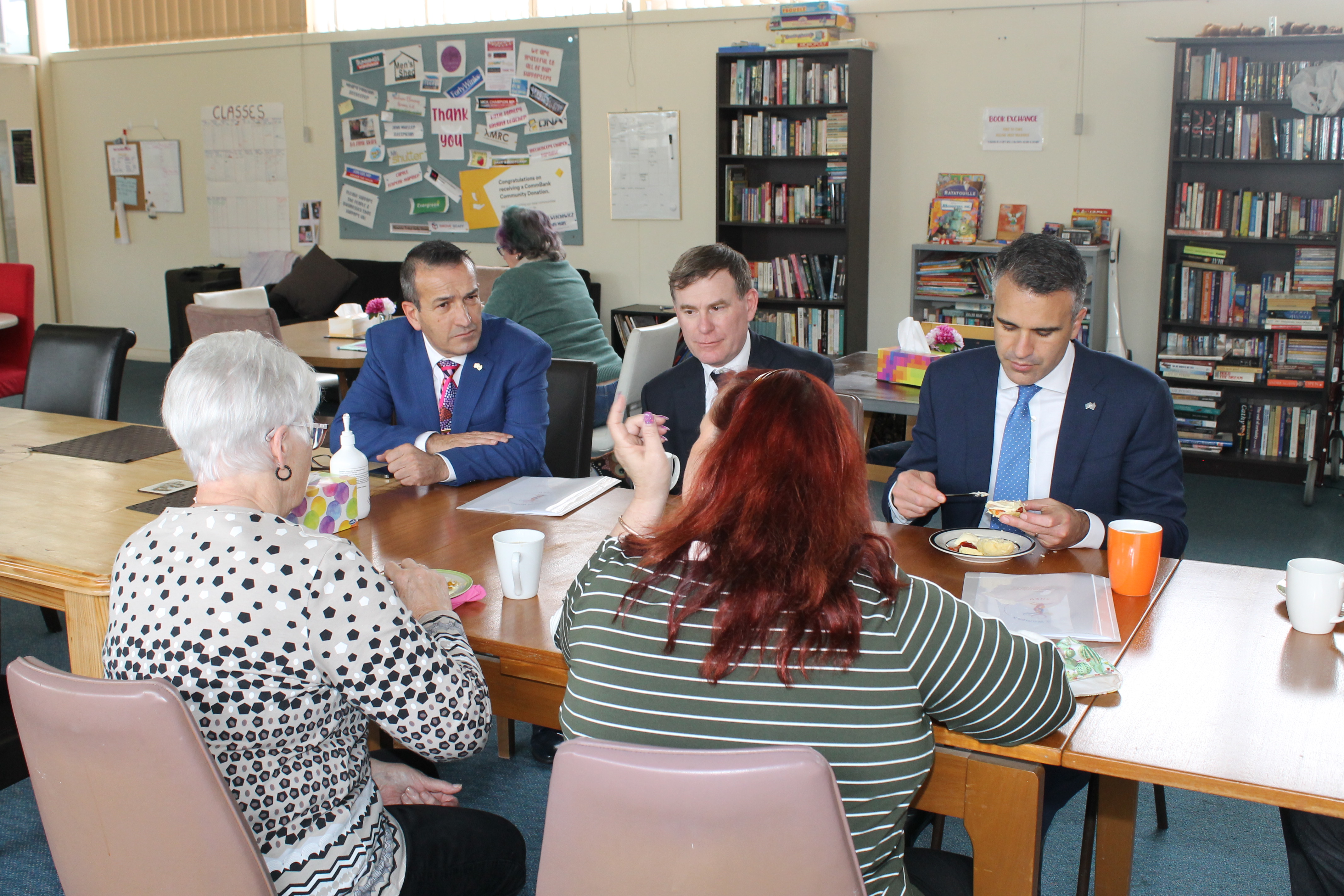 At the Playford Women’s Shed recently were from left, Tony Piccolo MP, Nick Champion, ALP Candidate for Taylor and Leader of the Opposition, Mr Peter Malinauskas

The great work Men’s and Women’s Sheds do in supporting their communities with a range wellbeing services has been recognised by the State Labor Opposition.

If elected to government in 2022 State Election, a Malinauskas Labor Government will create a $1 million grant fund to assist Sheds in their activities, and also provide them with additional equipment to support their programs and projects that benefit community wellbeing.

Local Member of Parliament, Mr Tony Piccolo has welcomed the announcement as he believes Men`s Sheds do important work in supporting men in their communities.

“Men’s sheds provide an opportunity for important social interaction for men who have become isolated for whatever reason,” said Mr Piccolo.

“I have no doubt that the locally based Willo’s Men’s Shed has saved many lives just by providing invaluable peer support when the men are doing it tough.”

“The Sheds not only create opportunities for social interaction, but activities where men can also learn new things.”

Willo’s Men’s Shed has a fully equipped workshop with a range of tools and equipment, with fully qualified tradesman on hand to assist new members.

“The shed, which is run by volunteers, has a very relaxed, friendly and welcoming atmosphere and men of any age and circumstance are encouraged to become members.”

“A lot of the satisfaction from being part of the Men’s Shed is the community work they undertake for schools and other community-based organisations.”

Of the $1 million grants pool, which will be made available over a four-year period, $120,000 will be allocated to the State’s only Women’s Shed at Davoren Park.

The volunteer run Playford Women’s Shed, provides valuable social and practical support for women in the area, and its importance can be seen through its growth in membership from 25 to 140 members in a very short time.

Willo’s Men’s Shed is located at Lot 5, Little Paxton St, Willaston, and can be contacted by phone on 0428 362 277 or via email at willosms@hotmail.com

A former teacher at Evanston Primary School, Mrs Anne Hausler has called for the placement of a plaque or something similar to mark the location of the former school which is now a residential development.
Read Article

The playground at the Nolan Street Reserve in Munno Para is set to be made sun safe if Labor are elected to Government at March 2022 State Election.The commitment was announced on Saturday, by local Member of Parliament, Mr Tony Piccolo as part of the ‘community conversations’ he held throughout the Munno Para and Munno Para West areas.
Read Article
About
About TonyParliamentary PositionsProfessional ExperienceLabor MovementThe Early DaysLight Electorate AreaTestimonials
Community
Tony in the CommunityCommunity & NFPsSchools & YouthSeniorsBusinesses
Services
Light Electorate OfficeHub 148Justice of the Peace
Parliament
Tony in ParliamentSpeechesQuestionsBills
News & Events
NewsEnlightenedEvents
Volunteer
Volunteer Application
Contact
Contact Details(08) 8522 2878light@parliament.sa.gov.au