A key commitment made by the Malinauskas Labor Government has been honoured this week with the commencement of the additional ambulance crew at Gawler. 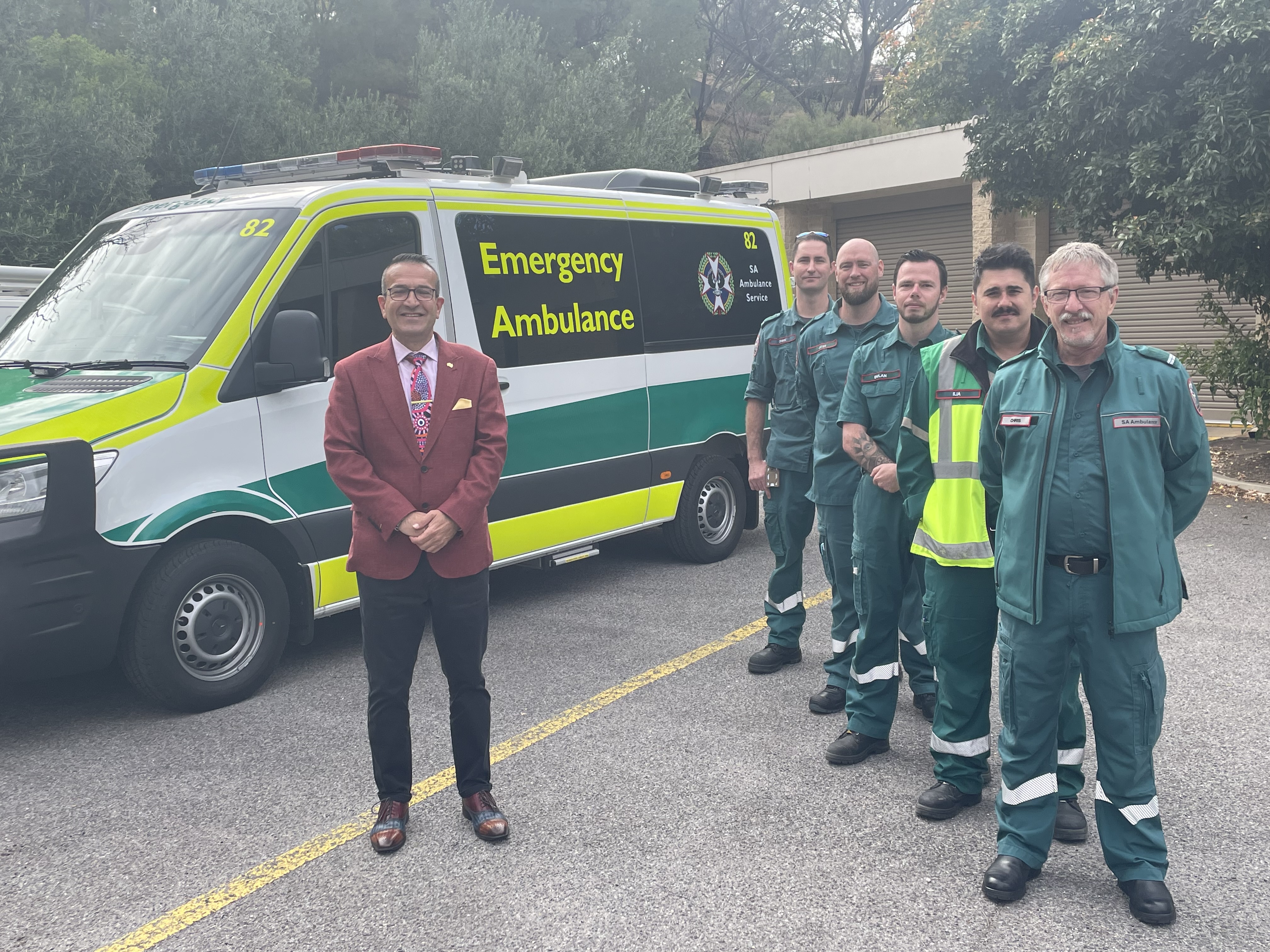 A key commitment made by the Malinauskas Labor Government has been honoured this week with the commencement of the additional ambulance crew at Gawler.

Local Member of Parliament, Mr Tony Piccolo was on hand to welcome the new crew, as it had been a key election commitment by Labor in the lead up to the March 2022 State Election.

Mr Piccolo said the new State Labor Government is delivering on a key election promise to improve health care in the local area.

The additional unit has been welcomed by Mr Piccolo who campaigned strongly leading to the election for additional ambo services in Gawler.

At the time the promise was made Mr Piccolo said, “Labor's comprehensive and fully costed ambulance package is aimed at helping to fix the Marshall Liberal Government's record-breaking ramping crisis, which is crippling the hospital system, and leading to Adelaide recording the nation's worst ambulance response times.”

“While the Marshall Liberal Government had been busy picking fights with paramedics and failing to act on ambulance ramping, Labor has been listening to ambos and developing a plan to help reduce ambulance response times and help fix the ramping crisis,” said Mr Piccolo.

The Gawler announcement is one of nine new 12-paramedic country crews to boost ambulance coverage across regional South Australia.

“The region will receive further boosts in late 2023, with 6 Regional Medical Transfer Service vehicle (RMTS) staff. This will consist of 3 paramedics and 3 ambulance officers who are focussed on intra-regional patient transfers, in addition to providing emergency responses.”

“Additionally, planning for the 16 additional beds promised, and the construction of a new Emergency Services Department started last week with the official turning of the first sod.”

“The additional ambulance unit will help reassure the local community that an ambulance is more likely to arrive when they need one.”

Mr Piccolo said he had heard some horror stories from local people during the Mashall Liberal Government because of the lack of support for our ambos and local health services.

Momentum is growing in the community for a Christmas Parade to be held in Gawler from December 2023.
Read Article

Ms Sharon Humphreys, a member of the family of the late Chris Read who was killed in a road crash at the intersection of Murray Street and Lyndoch Road, Gawler, was on hand when the lights to the new pedestrian crossing were switched on just before Christmas.
Read Article
About
About TonyParliamentary PositionsProfessional ExperienceLabor MovementThe Early DaysLight Electorate AreaTestimonials
Community
Tony in the CommunityCommunity & NFPsSchools & YouthSeniorsBusinesses
Services
Light Electorate OfficeHub 148Justice of the Peace
Parliament
Tony in ParliamentSpeechesQuestionsBills
News & Events
NewsEnlightenedEvents
Volunteer
Volunteer Application
Contact
Contact Details(08) 8522 2878light@parliament.sa.gov.au