Local Member of Parliament, Mr Tony Piccolo has expressed the immense pride he has for the young people in his electorate. 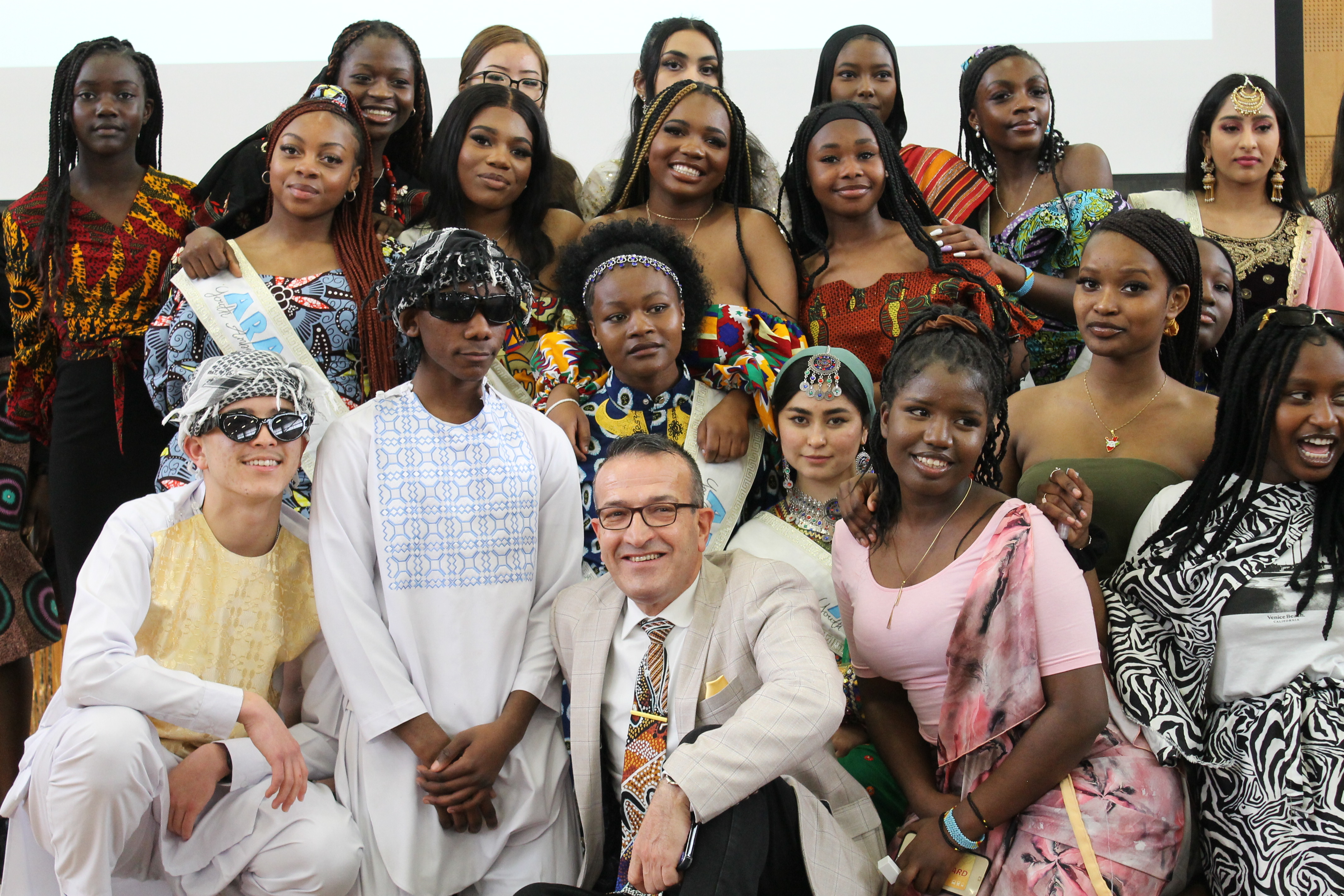 Tony Piccolo with students from Mark Oliphant College on their cultural showcase day.

Local Member of Parliament, Mr Tony Piccolo has expressed the immense pride he has for the young people in his electorate.

Speaking in State Parliament last week, Mr Piccolo said his interactions with young people and adults in his community never cease to amaze him with their list of achievements and the concern they have about their community.

Mr Piccolo was reporting to parliament on range of activities and interactions with young people in his communities over recent weeks including:

• meeting a Year 5 student, Thisali Dissanayake at Munno Para College who is participating in the Shot-Put at the National Primary Schools Athletics competition in Sydney

On International Day for Democracy 2022, Mr Piccolo visited the five schools in the local area to discuss with students the issues and concerns that affect them most. The visits were the first part of a broader Deliberative Democracy Project organised by the local Member.

Mr Piccolo said the goal of the project is two-fold: increase the community’s understanding of the political process and to empower them to engage more fully as means of strengthening our representative democracy.

According to Mr Piccolo, each visit included small-group discussions, a seminar, a survey and ended with a whole-class discussion on the topics that interested the students.

Mr Piccolo said he was very impressed with the way the students participated in the project. They wanted to discuss bread and butter issues, like cost-of-living and homelessness. High-school students have more awareness on these issues then we like to give them credit for.

As part of the visits the students also completed a survey asking for their most important personal, community and global issues they believe should be addressed. Below are the survey questions given to the students.

The Survey Questions Asked were:

1. What are the top three greatest concerns you have about your personal future?

a. How and why do these matters concern you?

2. What are three things that you would like improved in your local community?

a. Why and how should these things be improved?

3. What do you believe are the three most important issues facing the world at the present time?

a. Why and how should these things be improved?

Mr Piccolo has since released a Preliminary Report into the survey results that you can find on his website at tonypiccolo.org under the News heading.

“I think many people will find the survey results quite interesting,” Mr Piccolo said.

“Our young people have greater insights into everyday issues than we credit them with, and they are concerned about issues more generally, and not only those which affect younger people.”

Mr Piccolo said that cost-of-living was a particularly important personal issue for students at all schools.

“While a large proportion of students would not be directly impacted by cost-of-living pressures, they were still affected by the pressures on their family's finances,” said Mr Piccolo.

“As a result, students see it as a threat to not just themselves but their family and friends as well,” Mr Piccolo said.

“The responses from students in regard to issues in the community were extremely varied,”

“They included protecting heritage buildings, changing the streetscape to make it safer and more inviting, adding more community events to the calendar, and generally making the areas they live in more liveable.”

Mr Piccolo stated that students often noted that Gawler (and the Northern Suburbs more generally) does not have many places for young people to hang-out and enjoy.

“A large proportion of students said they travel to the city for this but would prefer if they could stay closer to home,” said Mr Piccolo.

“Increasing frequency and coverage of public transport was a paramount issue for students,”

“These students don’t own cars, so they rely on their parents and our often-inadequate public transport network to get around.”

According to the survey responses, the most important global issue for students was Climate Change and Environmental Destruction.

Mr Piccolo said he wasn’t surprised students chose Climate Change as their most important global issue as they are part of a generation that will have to live with the consequences of its effects.

“The results show that students want to reduce the severity of this crisis, largely through the reduction of greenhouse gas emissions.”

Mr Piccolo also said that students were worried about the Global Economy and the extreme levels of wealth disparity present in the world.

“The lack of stability in the global economy right now is seen as both a threat to their own prosperity and to the wellbeing of humanity,” Mr Piccolo said.

Mr Piccolo said the second part of the student workshops will be held next year, with the purpose of discussing the results of the survey and, more importantly, discussing how the students can make real changes to help alleviate some of the issues raised in the discussions.