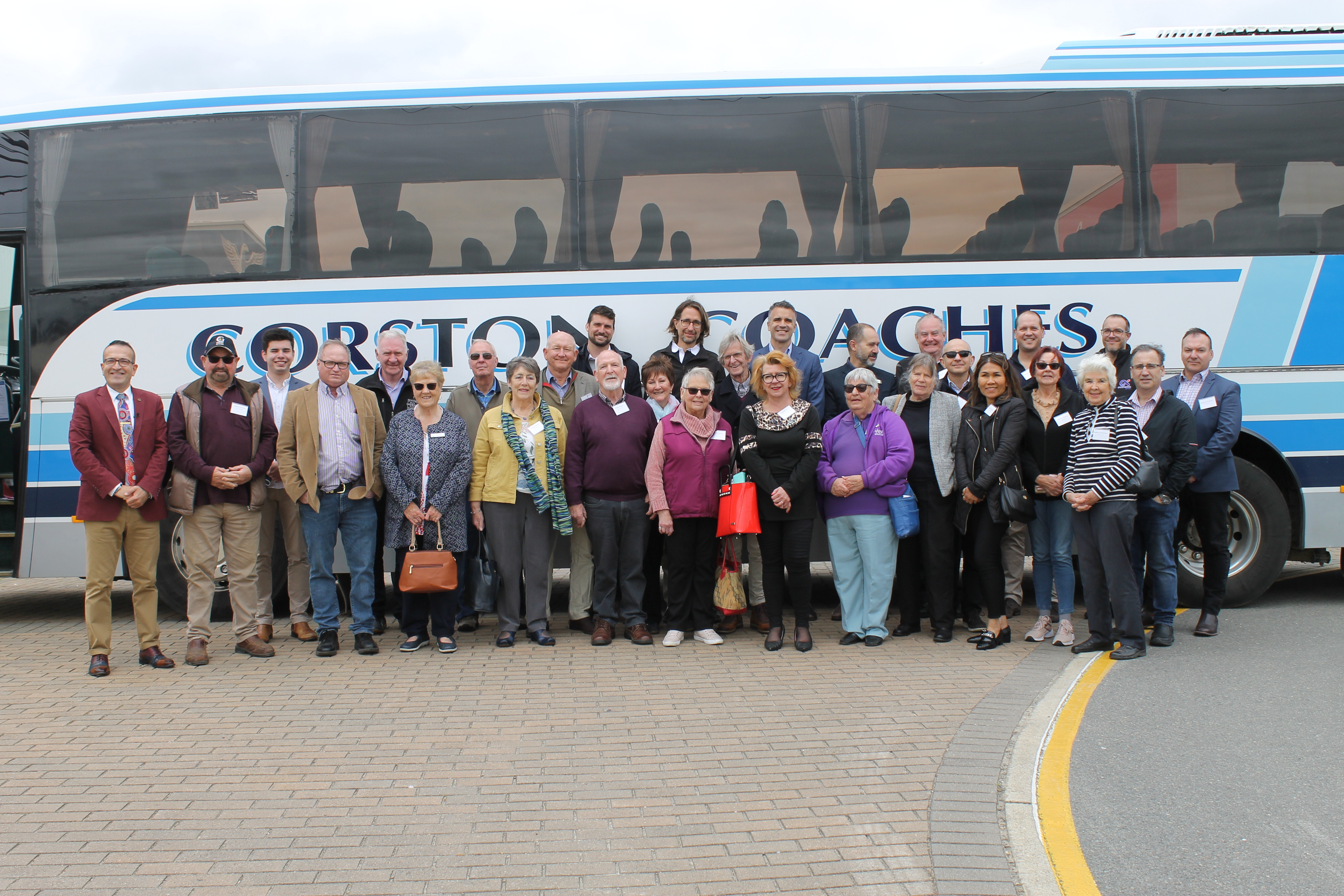 Forty local community, education, business, local government and faith leaders gained valuable insights about the significant contribution the racing codes and the Stretton Centre make to the economic and social wellbeing of the area as part of Tour delight 2021 on Saturday morning.

The brainchild of local Member of Parliament, Mr Tony Piccolo, Tour de Light is a bus tour of different parts of the electorate that explores local issues based on a theme.

Tour de Light 2021 was based on the theme of “breaking the code”, involving the racing codes plus breaking the disadvantage cycle in the northern suburbs and finding a resolution to the development vision for the southern rural areas of Gawler.

Mr Piccolo said local leaders took the opportunity to talk with Mr Malinauskas and he asked a number of questions about the challenges the codes faced.

“Mr Malinauskas was particularly interested in the work undertaken at the Stretton Centre to support and facilitate the growth of small businesses and creation of new job opportunities,” said Mr Piccolo.

The tour started at the Nixon Function Centre where the CEO of Greyhound Racing SA talked about the important contribution greyhound racing makes to the local economy, with the  Gawler region generating the most income in the state.

At the Gawler Harness Club, President, Mr Peter Bain talked about the history of harness racing and plans the club has to grow the industry locally.

At the last stop on the tour, Gawler and Barossa Jockey Club CEO, Shane Collins provided participants with an overview of the Gawler racetrack site and how the Terrace Function Centre was a very important part of the Club’s income stream, hosting about 150 functions per year.

Mr Collins led a tour of the site and training facilities outlining plans to support the growth of the local thoroughbred industry by working closely with the various stakeholders.

On board, Mr Piccolo provided commentary about the various issues facing the local area, including the congestion problems on Curtis Road, the lack of real progress in resolving the southern rural areas planning issues, and the impacts the delay in the rail electrification project is having on local people.

Mr Piccolo said he was very thankful for the participation of the various clubs and organisations involved in the tour, and how they helped local leaders gain a better understanding of what is happening in the area.

The Gawler Eagles Soccer Club is growing so rapidly that it doesn’t have enough pitches to provide training and playing opportunities for all the young people who want to play.The Club is seeking major redevelopment of its pitches to enable more space for training and playing for both its junior and senior teams and avoid turning away young people away who would like to play.
Read Article

Young carers and the personal sacrifices they make to support family members living with a disability or chronic illness, was raised in State Parliament this week by Local Member of Parliament Tony Piccolo as part of Carers Week.
Read Article